A Brief History of the Virgin Islands

The Beautiful British Virgin Islands - on your Bucket List!

Written by Lisa Abbott
Updated over a week ago

The islands we now call the Virgin Islands were populated by the Carib people, who had displaced the Arawak people by the time Christopher Columbus made his second voyage to the New World in 1493.

Struck by the number of isles and cays, Columbus named them Santa Ursula and the 11,000 Virgins, after the followers of Saint Ursula, who was martyred in the fourth century. In time, this was shortened to the Virgin Islands.

Columbus and the Spanish found no gold on the islands, so they sailed on to other places. Pirates, however, found the islands hidden coves, shallow waters and complex reef systems made them ideal hiding places for marauders intent on ravaging passing ships carrying bounty from the New World to Europe. Blackbeard, Bluebeard, Sir Francis Drake and other scoundrels dominated the seas for a time.

During the 17th century, the Dutch and the British developed their interests in the Virgin Islands, with the British ultimately establishing control in 1672 and remaining in power for the next three centuries. They cultivated a profitable sugar industry with sprawling plantations supported by African slaves. With the abolishment of slavery in Great Britain in 1838, however, came the demise of the plantation economy and the departure of many Europeans.

Things remained little changed on the British Virgin Islands until the 1960s, when Laurance Rockefeller and Charlie Cary started the tourism industry. Recognizing the potential of the beautiful islands, Rockefeller developed the Little Dix resort on Virgin Gorda and Cary established a marina complex on Tortola. Thankfully, the islands remain a charming and quiet destination, unspoiled by the sort of overdevelopment that has occurred on other islands. Building codes stipulate that structures cannot rise higher than the islands tallest palm trees, hence two stories is the limit.

Also during the 1960s, the British Virgin Islands were given greater autonomy within the British Commonwealth. The islands have their own constitution and a local legislative council which handles island affairs. The governor, who is selected by the Queen, manages external affairs and island security.

On the 6 September 2017, Hurricane Irma devastated the islands followed closely by Hurricane Maria. It took time to rebuild but the beautiful BVIs are now back on the map and should be on your bucket list. 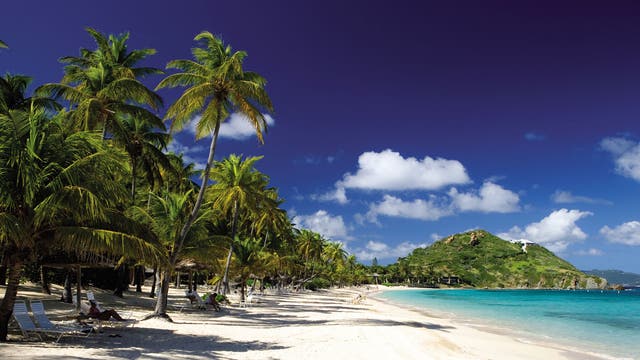 We have villas of all sizes in the BVIs. Get in touch with our villa expert today to reserve your accommodation for your next vacation under the tropical Virgin sun!

Did this answer your question?