All Collections
Antigua
Enjoy the Flavours of Antigua

Enjoy the Flavours of Antigua

Written by Rob Kadijevic
Updated over a week ago

One of the absolute best parts of travel is the opportunity to flavour the popular dishes, local favourites and unique cuisines of the places you visit. The entire Caribbean region of the world is certainly a foodie’s delight with its blend of cultures and cuisines that range from Creole and French to Spanish and native favourites. If you are about to visit Antigua, you should know that you have an array of delicious dining experiences ahead and you will want to arrive with a few “must sample” dishes on your list of things to see and do.

The official national dish of Antigua, and one that rates as a must taste option, is fungee (pronounced foon-jee) and pepperpot. This is actually two things – the fungee is a polenta-like patty that is made of cornmeal and served alongside pepperpot, which is a spinach and meat stew. It takes its inspiration from some African stews and includes okra, though you’ll find a range of variations from household to household and place to place. 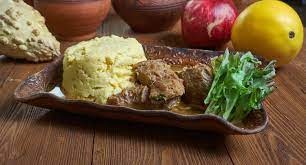 The Other Unforgettable Dishes

While you are in Antigua, you also must make a point of sampling one of the island’s traditional breakfasts. This is something you might be able to request if you are in a private villa with a chef, but you can also find it at any local eatery. It is always going to include a portion or two of fungee sitting alongside a serving of salt fish. This will be sauteed with peppers and onions, and often served with avocado, hard egg, plaintain and some salad. There is also likely to be “chop up” and it too is a must try. Typically made of soft, mashed vegetables it will include spinach, eggplant, pumpkin and okra.

Another unforgettable dish is the one called ducana. This is similar to a tamale and is made of sweet potato, coconut, cinnamon and pumpking wrapped in a banana leaf and then boiled as a dumpling. Served alongside fish dishes, it can also be part of your typical breakfast. Many islanders feel that the restaurant known as The Quay serves the very best and serves it once a week. 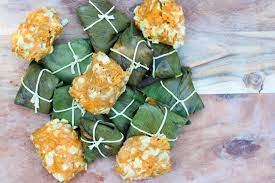 Yet another iconic Caribbean dish is the soup known as souse. Served cold, it features a clear broth that is full of spices like onion, garlic, hot peppers and lime. Each recipe is different, and many are reminiscent of the fish salad known as ceviche. It is often served as an appetizer or first course and some of the best and most popular is at Russell’s Bar in Fort James Beach, though it will appear almost everywhere traditional Antiguan dishes are served.

Finally, if you want an authentic flavour that is utterly unique, go for goat water. Though it sounds remarkably odd it is actually a stew-like dish that is made with the island’s meat of choice – goat. It is very hearty and features a lovely blend of spices. It is often found on Saturdays in the local restaurants, especially Tony’s in Dickenson Bay. Full of unique options, the menu here is as fun as the environment that is often crowded, lively and equal parts beach bar.

If you are also eager to find some island drinks unique to this locale, consider such choices as sea moss or sorrel. Served in a blend of ice, milk, cinnamon, vanilla and sugar, these drinks are unlike anything you may have experienced before. You will find them throughout the Caribbean alongside such familiar classics as ginger beer or fruit smoothies, and you may also want to sample peanut punch which is a milkshake like drink featuring peanut butter, sugar and milk.

Experiencing these dishes will add a new level of pleasure to your journey and leave you inspired to recreate them or revisit them once you return home.

Did this answer your question?